Dear Friends, it's been a while since I've been able to post anything to the blog (and Facebook and Google+ too due to technical difficulties in Mendi (and because connection to the Internet here can be very expensive)), but I am now in Port Moresby with free access and therefore I want to catch up a bit on some things that have been going on here in Mendi. 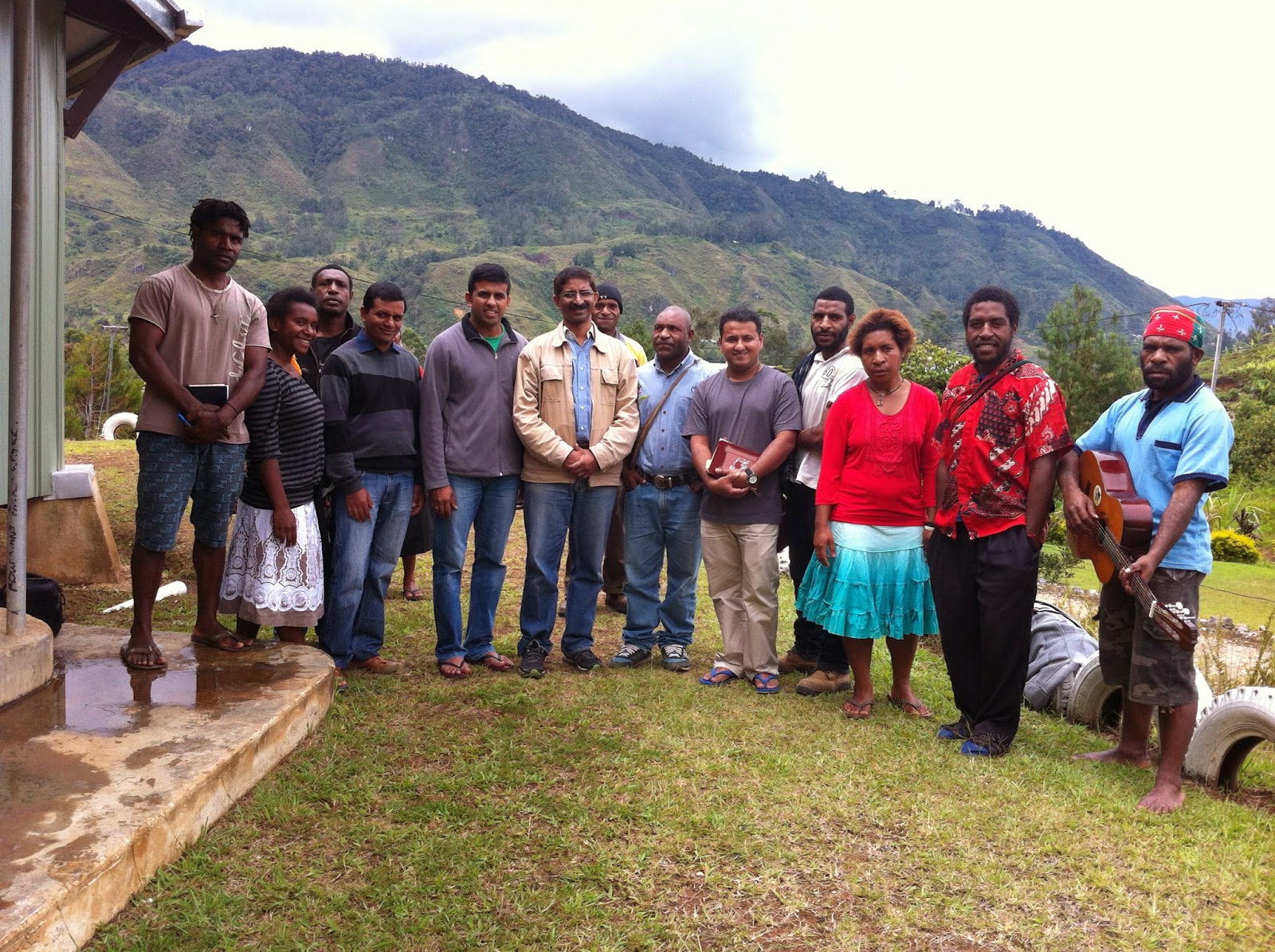 In mid-January, a team of Jesus Youth from Australia came to Mendi for two weeks.  The first week, they had a missionary immersion experience in various parts of the diocese.  The second week, they divided into two teams, one team went to the Western Deanery and the other team stayed in Mendi.  Both teams conducted retreats with young people.  The young people responded enthusiastically to the singing, praising and preaching of the Jesus Youth teams.  The Jesus Youth plans on returning later in the year to do a follow-up retreat.  (Pictured are members of the Jesus Youth teams and some youth leaders from the diocese.) 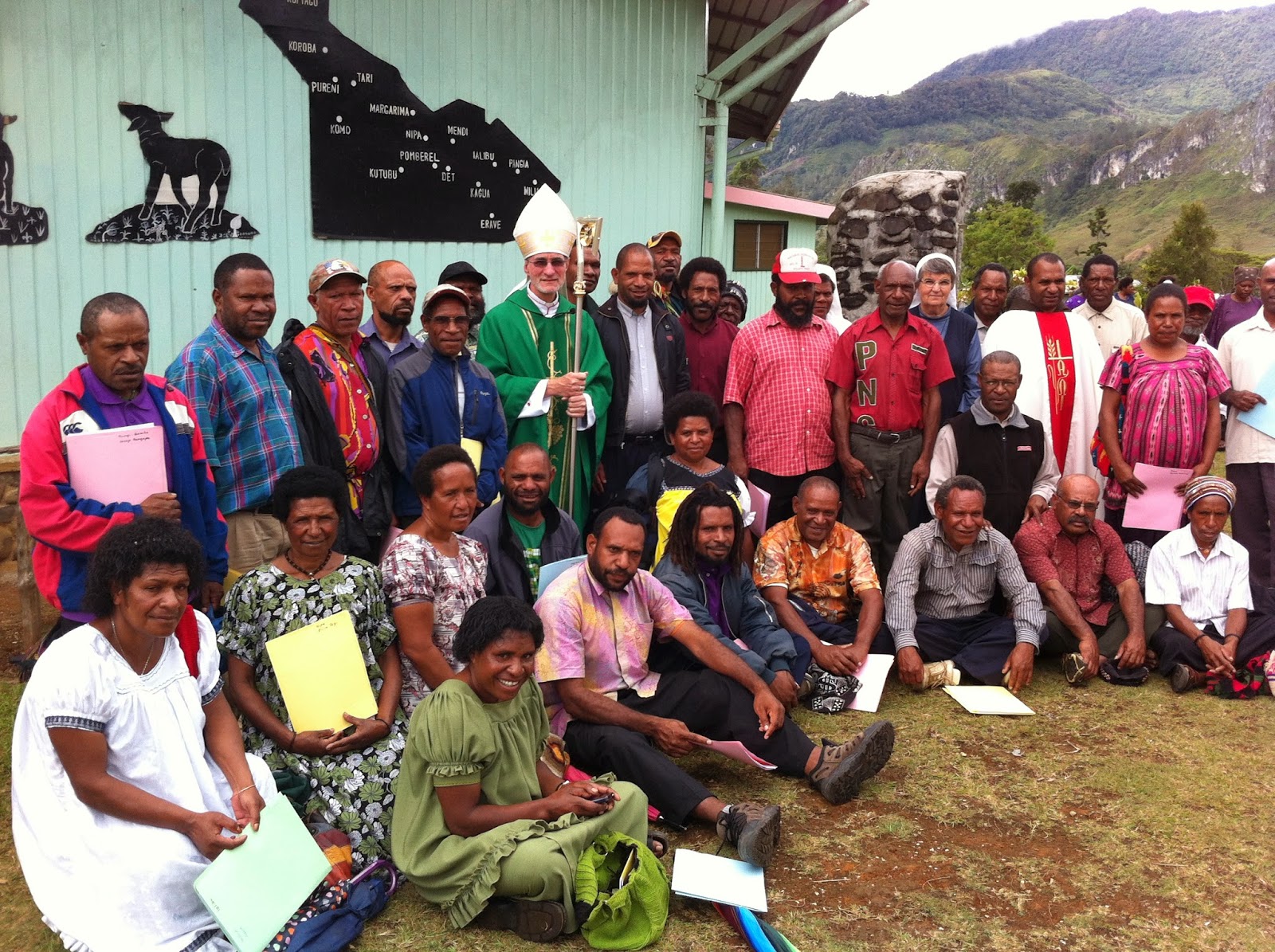 Diocesan Pastoral Council.  Representatives from each parish and pastoral area in the diocese met in Mendi at the end of January for a meeting of the Diocesan Pastoral Council.  Each Councillor presented a report on what is going on in their parish, paying special attention this year to what the parish is doing in the area of self-reliance.  It also gives the bishop a chance to share with all of these leaders the pastoral priorities for the coming year.  The four-day meeting ended with a festive Sunday Mass with the parishioners of the Cathedral. 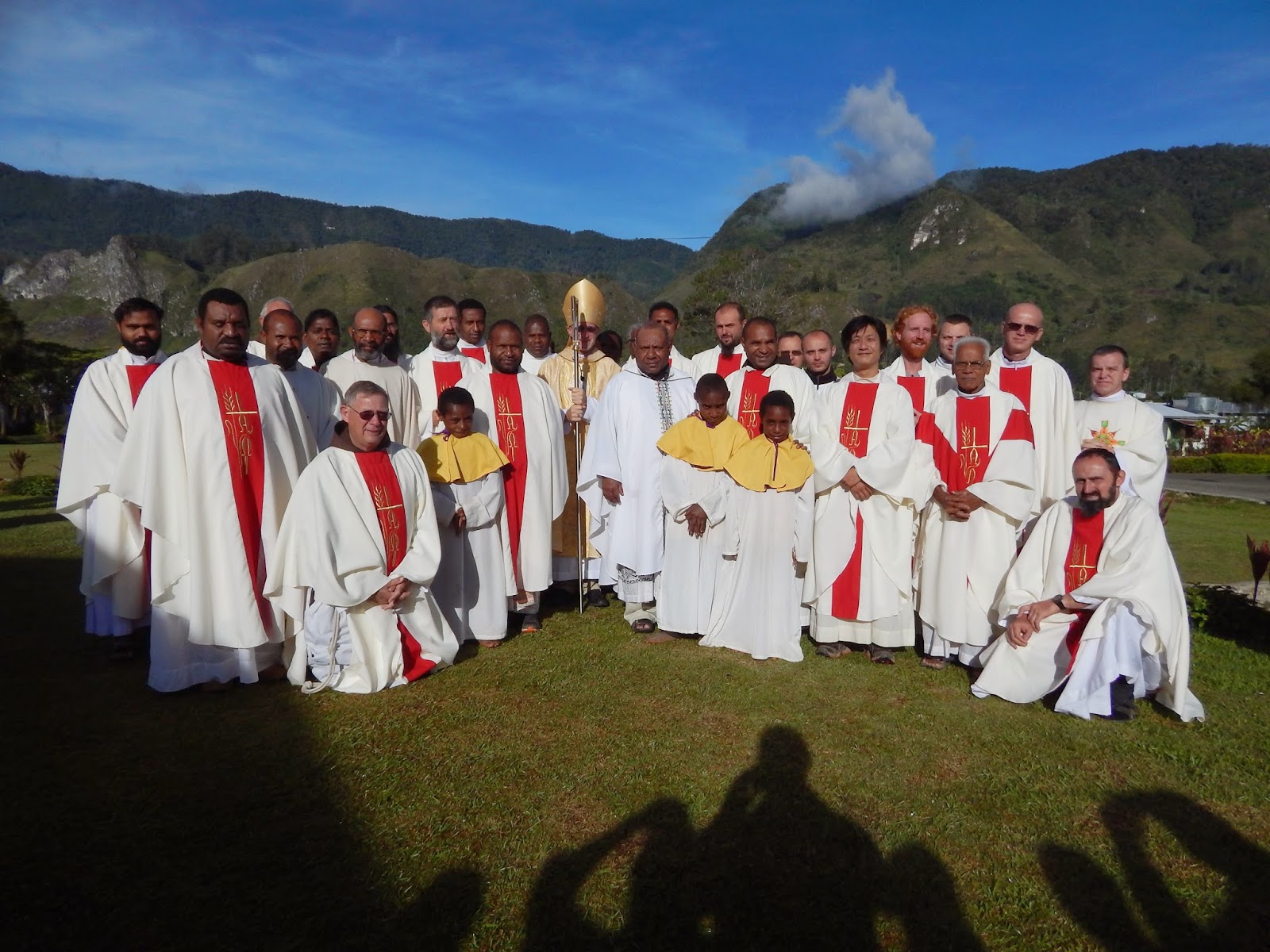 Then in March, there was a meeting of the Priest Senate in Mendi.  All of the priests who are serving in the diocese come together three times a year to share ideas and experiences and to do pastoral planning. Priests, Sisters and lay ministers (such as catechists) are the right-hands of the bishops in the work of evangelization and caring for the People of God.  In the Diocese of Mendi, only one-third of the priests are local PNG diocesan priests... the other two-thirds are missionaries from other countries - Poland, Korea, India and the USA.  Please join us in praying for vocations. 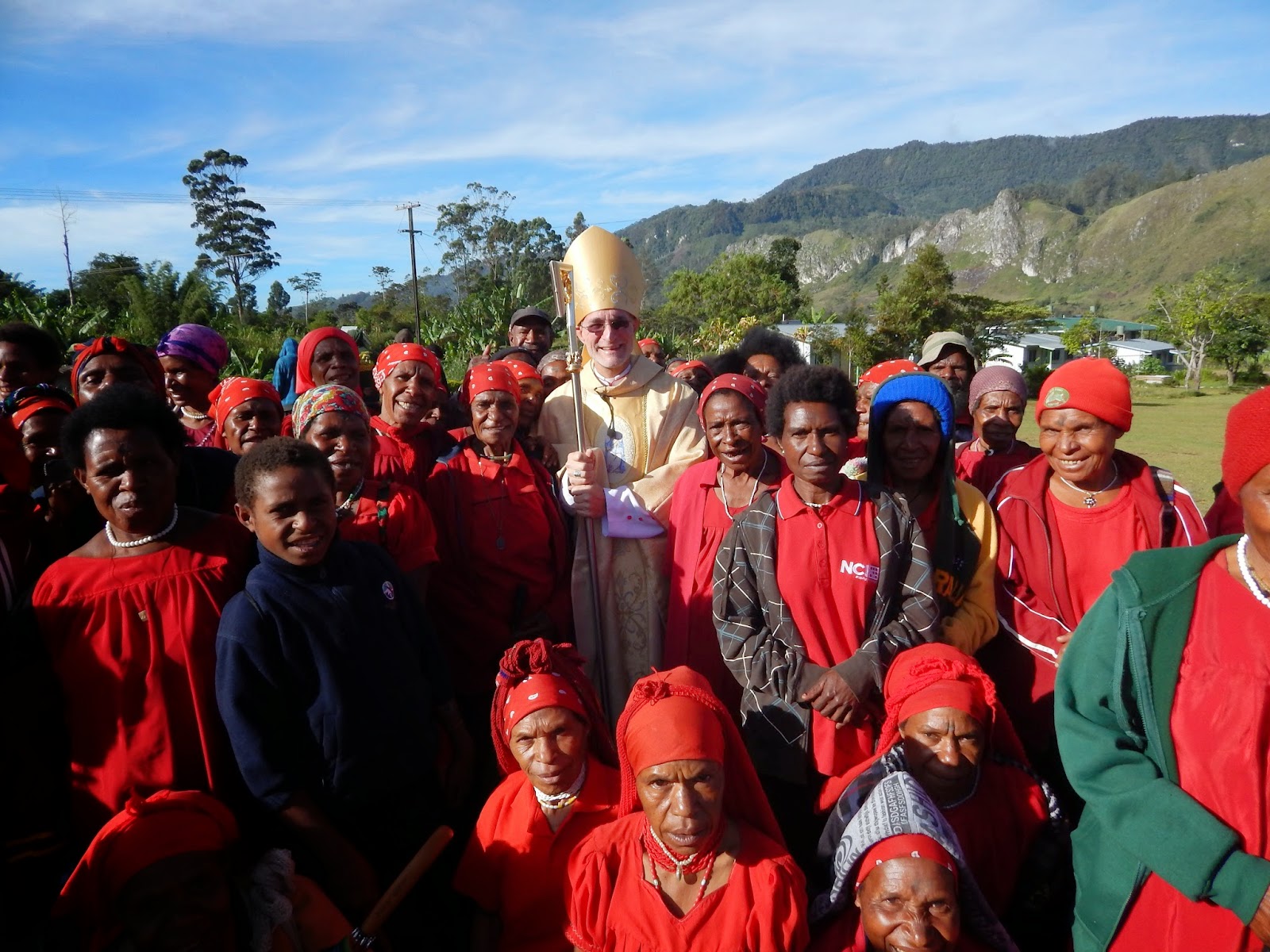 At the same time, the Legion of Mary of the Diocese was meeting in Mendi.  The members had just renewed their promise and commitment to be zealous apostles in the Legion of Mary.  The Legion is a wonderful movement of lay men and women whose spirituality combines prayer and apostolic service.

All of these groups in the Diocese of Mendi work together to strengthen the faith and to spread the Good News of Jesus to all corners of the diocese.
Posted by Unknown at 8:45 AM